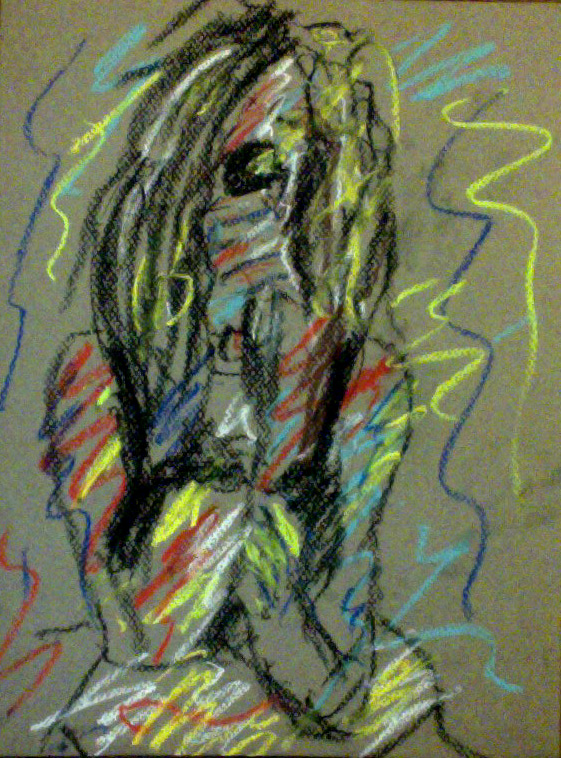 Monday night I went to the Echoplex in Los Angeles for my first punk rock gig since my early twenties. Initially, I saw some people decked up like in the old days, guys wearing make up, died bleach blond hair, women in leather miniskirts, etc… but the majority of the audience didn’t have that Halloween pierced punk fashion I used to see in the old days. In fact, they all looked like they had just come out of their study halls at a local community college. No purple hair, very little leather, no Mosh Pitt and if I was lucky, I’d see a strange tattoo.

What has happened to the new millennials that they are so into their technology and computers that they can’t dress up or enjoy a punk rock performance? While the first two acts drew less of a crowd, they still had a life in them that the audience didn’t. The second performer was so hyped up she even had a mock baby birthing on stage, yet from the crowd, nothing. What did they do? While Kim performed her balls out sweating it out in a leather bodysuit with more energy than a hyperactive child on sugar without any Ritalin, they all just stood there holding up their cell phones filming her! Kim had a professional act, she jumped all over the stage, rocked out her amazing guitar licks nodding her head like one of the Ramones and even at one point managed to play guitar with her hair. The audience, however, was a dud. She could’ve jumped off an amplifier, landed head first on the drum set, broke her neck and all the audience would’ve done was capture it on their iPhones and put it on YouTube! Today’s punk rock is dead. The kids are more into capturing and posting a performance than they are actually being there and enjoying it.

Now in old school punk rock, we cut our arms, pierced our nipples and pulled out our hair to go to the local pool hall to see The Adolescence, T.S.O.L., D.I. and Social Distortion while getting drunk and high to our brain’s disgust. We’d hitchhike to see the reminiscence of the 60’s, camping out in a field while taking hallucinogens to watch the Grateful Dead. True, the Dead didn’t do much dancing, but we sure did! An old hippie or a punk rock performance was something to be experienced that could never be captured on a computer. Yes, I wanted to photo Kim with my Obamaphone just to let people know I was cool enough to see her, but really I was there for the art and despite the sluggish crowd, Kim and the Created had it. I hadn’t seen young music much since I got sober and Kim House was like a younger Marilyn Manson, but much easier on the eyes.

Then came a major disappointment. She decided to dance amongst the audience. Now back in the day, when a punkers joined the audience, they’d jump off the stage into a moss pitt. The crowd caught them and it was one of the most exciting times of the show. But if Kim tried that, she’d have done a belly flop right onto the cement dance floor! Fortunately, she saw that coming and climbed off the stage. What did the audience do to their local celebrity? They stood back, made room for her to dance, pushed their cell phones in her face and watched her on the screen. At this point, I’m thinking that Kim’s kind of hot and if she dances by me, she’ll have a bit of a fight to get back on stage. She saw me from the corner of her eye and kindly avoided that.

Later on that night, I talked to the manager of the club who said the crowd was less active because it was a Monday night. I got that, but still… it’s a punk rock show! Kim and the Created had an act down despite the dead crowd. They performed it. Kudos to you, Kim House for giving it your all, putting it on and putting it out an amazing gig in spite of your audience on a Monday night. You are a true artist and I admire your dedication. It was a pleasure and an honor to see a real musician from the new millennium perform!