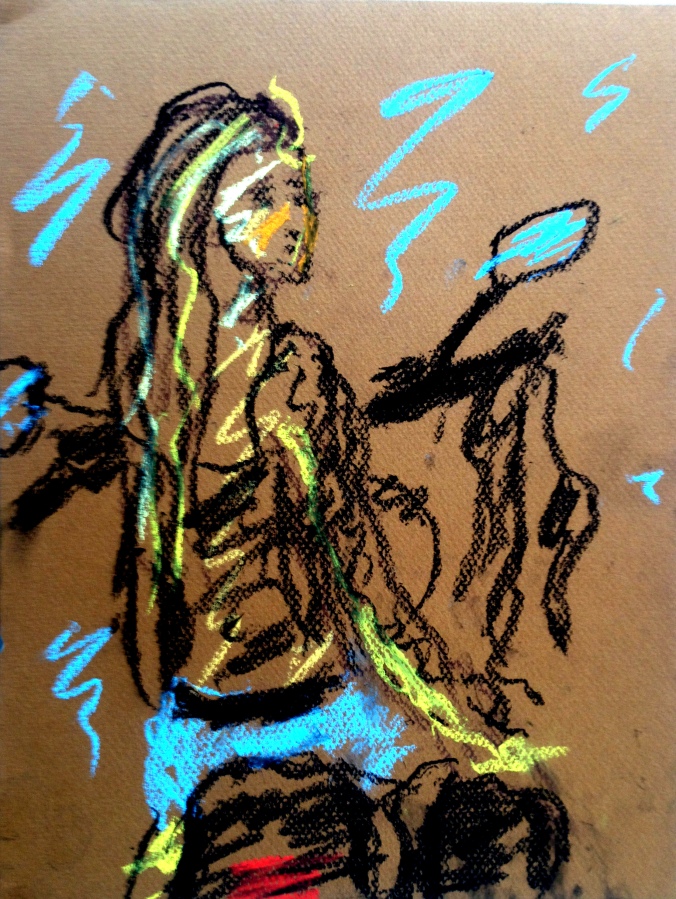 Humility is a very important word and concept in the twelve step programs. I would like to share a little story regarding this. The other day I went to an NA meeting that I had only attended a couple times before. Being excited to meet and get to know the group, I raised my hand to share. I started off arrogantly by telling them how great I was, how I had had 18 years of sobriety in AA before relapsing, how I had been to college and attained several degrees, how I had a successful art business and felt I had an exciting life. I was on a roll and even had prepared my share by writing it in advance. I even brought my MacBook to share to share it with them. I lifted the cover of the laptop and asked if anyone would mind my reading it. A woman at the end of the table belted out, “I want to know how you stayed clean today!”

Figuring they weren’t interested, I closed the lid of my laptop and answered her nervously, “Well… I woke up late, took a shower, lost my belt. I looked in the hamper. I couldn’t find it, looked in the bathroom, still not there. Then some guy in the house loaned me a belt. I owe him two Mountain Dews. I called my sponsor then came to a meeting.”

She shouted, “Did you pick up?”

“That’s how you stayed clean today!” she said. “Thank you” and shut me up.

Now for a man my size to be belittled by a woman so badly in front of all those people is not humility. That’s humiliation! What was humility is that I continued to sit there embarrassed through the rest of the meeting listening to people share without getting up and leaving while making a big scene and maybe starting a fight. I did try to give her a couple dirty looks, but she just sat there smiling.

After the meeting, I ran into her on the side of the building. Both her arms were tacked down with tattoos. She was wearing a tight black t-shirt that said, “Validated Sinner” and she was tending her motorcycle. Now, I never met this kind of woman in college nor did my mother ever want me to bring her home with me. But mom wasn’t’ talking to me after the relapse, so I took a chance.

I said to her, “Thank you for stopping me from further embarrassing myself!”

She said, “I wasn’t trying to embarrass you. I just wanted to know what you did to stay clean today.”

“I came to the meeting to stay clean. But after meeting you, it’s going to be that much more difficult.”

In a soft tough voice, she said, “Good! Maybe that resentment will keep you clean and sober!”

I sarcastically replied, “… or make me go out!”

Then I walked around the corner and threw my hat in the air like the Breakfast Club kid and said to myself, “Wow! I just met the coolest girl in the meeting!”