Poets Of The People 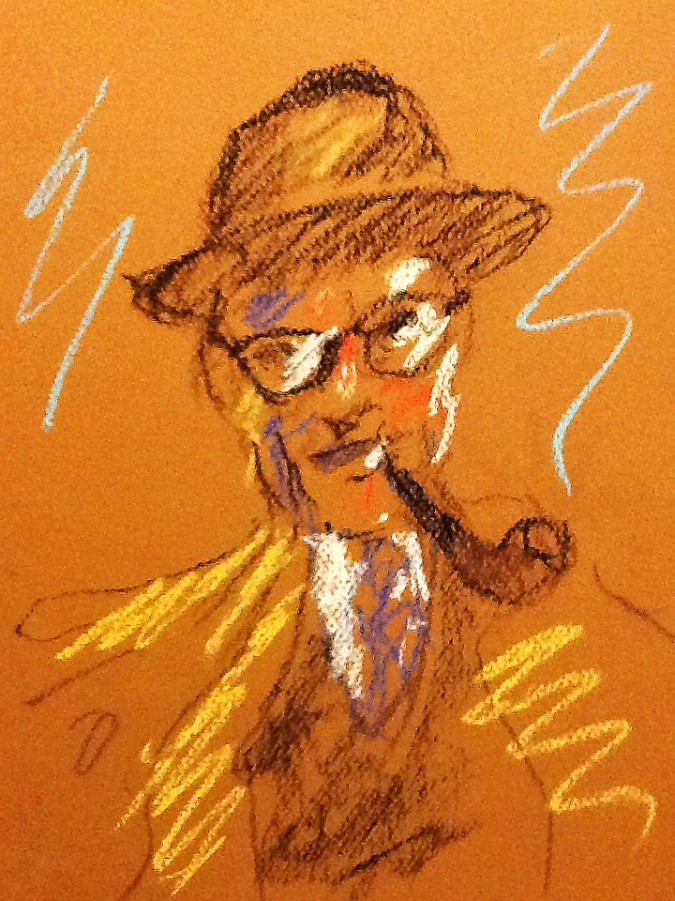 “When did you start writing?”

“I was in business school, but still practicing my art making photorealistic pencil sketches. I didn’t really care for business as solely a way to make money, I believed having a useful product was more productive, rather than being in the business of being in business. With large corporate interests and attention to the stockholder not the consumer, that is often the case these days. Anyway, I was in the gym and I realized there were two people within me a yuppie type of finance and business interest, and an artist who held ethics and aesthetics to be more important. I began two write my first novel illustrating and animating these two characters to see who would win. Most readers agreed with the artist saying the novel reminded of them greatly of Catcher in the Rye. The novel I wrote, Study of a Rose, has since been lost and few copies remain. I am still searching for one. Thinking writing a book would be a great way to embark upon a new profession, proved foolish. I knew little about literary agents or the publishing industry. Eventually, after graduating college in 2008, I started illustrating journal like books and self-published those.”

“What influences you in writing?”

“I am a socialist writer. I like Ginsberg, Steinbeck, Sinclair, Burroughs, etc… poets of the people. Having had difficulties financing myself as an adult, I have seen a lot of poverty. Although the wealthy don’t want us to believe this, there are many reasons people become poor. When you meet the immigrants fighting racism, children of abusive families, the severely disabled, or someone as noble as a veteran who has fought for our country, yet not entitled to benefits he deserves when returning from war, there I see my characters. I also like the great playwrights of the forties and fifties like Arthur Miller and Tennessee Williams. They make the characters the plot. They deal realistically with timeless emotional issues people still go through such as alcoholism and depression. Many actors like James Dean and Marlon Brando took on these types of roles with tremendous skills through method acting. Nowadays, all we see are special effects, things blasting into space and blowing up. It’s no longer about realistic characters or plights of ordinary people. We’ve really lost the art of theatre.”

“How do you know what you are going to write?”

“I just start writing and don’t finish until it actually says something. A poem can become anywhere from one line to a hundred pages. You can never tell. I don’t stop writing until I conclude, I don’t stop painting until I see something and I don’t stop listening until I understand. As I stated in the beginning of this book, I’m just going to write until it all makes sense. That is the way an artist or a poet thinks.”

“Do you think you’ll ever get there?”

“Not sure, but someday maybe. Someday, maybe, when it’s all over.”