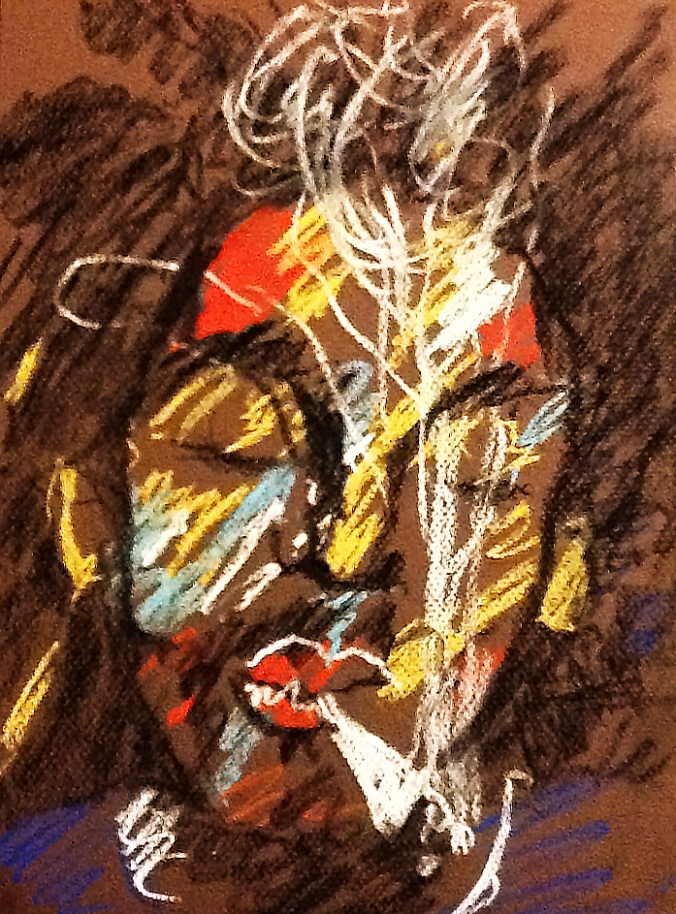 In 1996, my best friend died of a drug overdose. We’d been partying plenty, drinking and doing drugs, but when Curt plopped cold dead in a coffin, I decided the festivities were over, a good reason to go to rehab. So off to sobriety I was, 12 step meetings and eventually church groups. I was doing it well and managed to stay clean and sober for the next eighteen years. During that time, I worked as a street performer, a background actor in TV and movies, a graphic designer for small companies, as well as establishing a successful eBay and art business. I went to school, got a couple degrees and even studied art in Italy.

But in the 12 step groups, I noticed something. People were dying. The members of the program were consistently discouraging psychiatric treatment and therapy and as a result, members had a high suicide and overdose rate. I tried talking to some of the older members who acted as leaders, but you can guess how far that went.

So I started to appeal to the public to let them know what was going on. You guessed it! I was immediately kicked out of all the local chapters of Alcoholic’s Anonymous. Go figure!

Now when you are in AA, you kind of live in a bubble, a safety bubble of sorts, protecting you from the outside world and the dangers of drugs and alcohol. Having been removed from that bubble, I started to make new friends who weren’t alcoholics and addicts in a risky venture. Soon, I met a girl. She was pretty, sweet natured and by far more pleasant to deal with than those battered AA women. We got along and started hanging out together a lot. Time came when I took her to Chili’s and she asked me to buy her a Margarita. I said ok. They had warned me about this in the groups, but instead of going hog-wild crazy, she got all silly and started flirting, then kissing me. They never told me in AA and church that was going to happen.

Soon we started dating. Being so attractive, I loved drawing and painting pictures of her and she rather liked that. She was also very popular at my art shows and galleries. Then one day it happened. She pulled out a medicine bottle full of pot.

“It’s medical marijuana. Do you want some?” she asked.

“No, there’s nothing medically wrong with me.” I said.

“There’s nothing medically wrong with me either,” she responded giggling, “it’s fun. Have some!”

“But there’s nothing medically wrong with me,” I restated.

“Well, you seem very depressed. My doctor says it’s good for depression. It might cheer you up!”

I said, “ok!” Because when your not working a good 12 step program and your that close to using drugs, any excuse will do!

Now I hadn’t had pot in over 20 years. So I took a big puff and… “WHOAH!!! I just saw my mind explode!!! Them hippies been complaining about GMOs in the food, but what are they putting in this shit!!!”