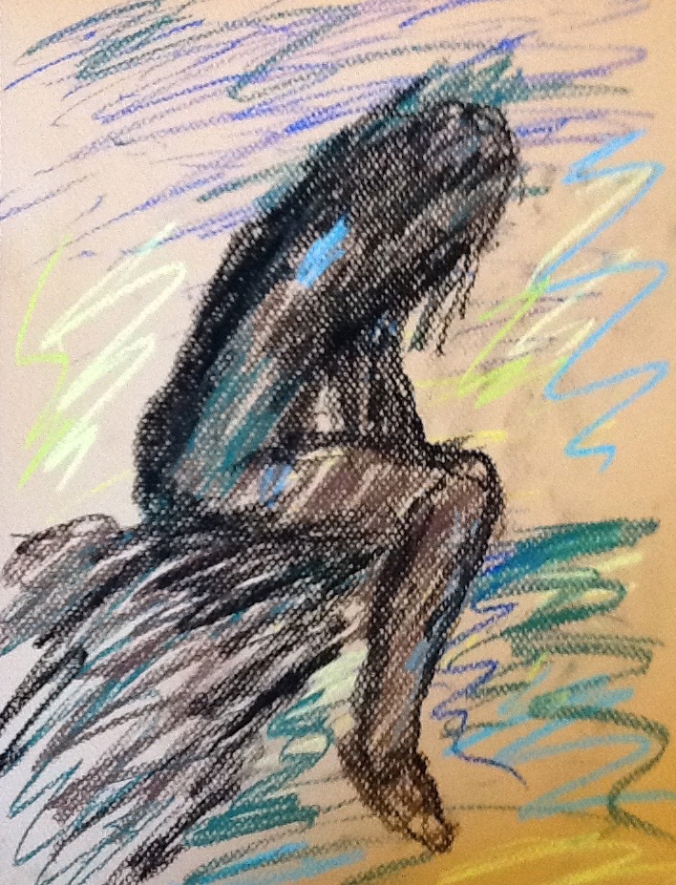 “Muslim extremists killed 240 people in another terrorist attack. When are we going to realize, this religious ideology, people living in superstition, its only killing us. All the wars are caused by these religious idiots!”

“I don’t think its superstition at all. As far as religious killings, the 20th century saw hundreds of thousands of innocent people slaughtered and massacred to an atheist belief of Communism by Chairman Mao, Stalin, Castro…”

“But why believe in an invisible man in the sky? It’s insanity!”

“Because some people want more out of life, something to give it meaning. Where do you find meaning in your lives without God?”

“The purpose, the meaning is to live in the moment. The present, that is the meaning. Right here, right now!”

“Yeah, but sometimes the moment isn’t all that great. Maybe the moment is down right rotten. You’re stuck in traffic from a dead end job. You’re wife divorces you after years of commitment. You’re in jail for something that could’ve been worked out outside of a legal arena. Maybe the moment makes you want to die, but you don’t. You don’t because you are promised something better. Maybe the moment is bad because there is a righteous reason you believe in that leads you to a greater cause. Yes, we know the stories, the magic tricks, the mythology science is disproving. But one thing is held is that maybe the one who is behind all of this suffered as well so that we don’t have to suffer at all or suffer alone. And they tell us God is love. Call it a hustle for money, call it a con, call it whatever you want! But maybe some of us don’t have a lot of love in our lives to turn to. Maybe a lot of us are lonely. Maybe the moment is there to lead us to something more. That’s all I’m looking for.”

“What a preaching! Why would a Christian come to a bar in the first place?”

“Look, I just came here to get out of the house and have fun. I didn’t come here to find out there’s no God!”